What is a Baffle Box Down Comforter 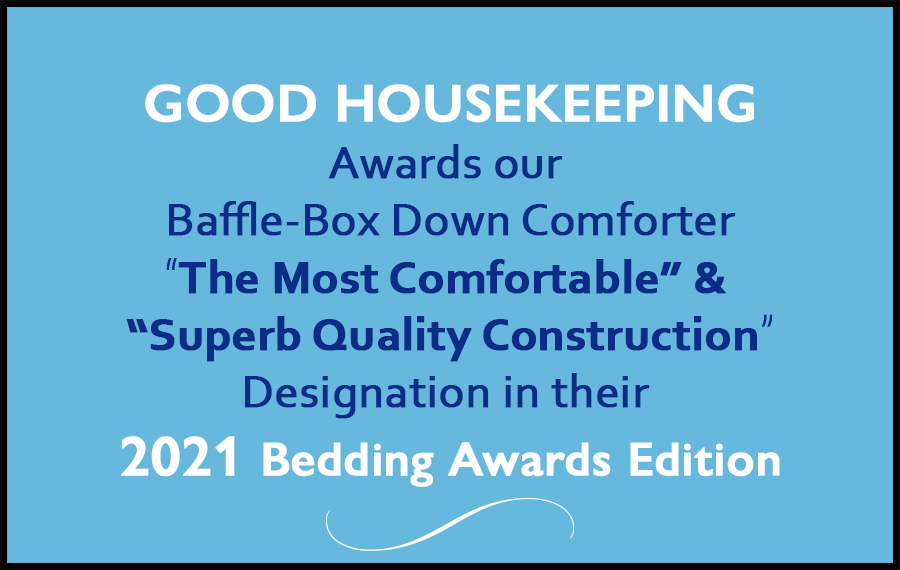 The baffle box down comforter shell is comprised of multiple compartments in which the down is contained. Unlike other construction styles, each chamber has a sidewall, as shown in the image below. What these sidewalls do is give the individual compartments a 3-dimensional box type configuration. This box allows the down to loft more fully. Much like insulation in your house, lofted down traps more air, which holds in body heat.

Down does not generate heat, it only holds in the heat generated by the person under it.
Down comforters are likely the most popular top of the bed cover.

People enjoy sleeping under them as they are very light in weight and are not constricting as some other types of bed covers.
Down Comforters should be cleaned occasionally to keep them fresh.

Other styles of down comforters have limitations such as cold spots and construction styles that allow the down to shift or move around inside the comforter shell. Click here to learn about the different styles available and their respective features and benefits.

Down Comforters should be cleaned occasionally to keep them fresh.

Shop for our baffle box down comforter below.

The video below explains how to launder your down comforter.

What are the different styles of down comforters?

To learn about the differences between these construction styles read our article – “what to look for in your next down comforter down”.

What is the best and most popular type of bed cover?

What does “Fill Power” mean relative to down?

Fill power is the number of cubic inches that one ounce of down occupies. To learn more read our article “what is fill power”.

What is the difference between down and feather?

How often should a down comforter be replaced?

What is a down Blanket?

How do you clean a down comforter?

Do down comforters come in different colors other than white?