Do mattresses double in weight over time?

According to David Perry of the Furniture Today, they don't! Here is his article. 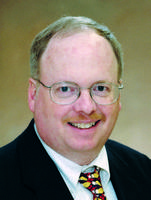 There is an urban myth in the mattress industry that holds a bed doubles in weight after 10 years due to the accumulation of dust mites, dead skin, dust, perspiration and other yucky things.

I’ve heard some respected retailers make that claim, but I’ve never seen any documentation to prove it. And I won’t, because that assertion cannot possibly be true.

Could a 100-pound bed become a 200-pound bed in 10 years? Can 100 pounds of dust mites, skin flakes, dust, etc., make their home in a bed? No and no. If beds doubled in weight every 10 years, the earth would literally implode under the weight of all those heavy beds.

Retailers have used the weight-doubling claim to support the need for consumers to purchase a new sleep set. That is a clever idea, even if it isn’t supported by the facts. But what are the facts? We need to find out.

I was talking to respected sleep researcher James Maas the other day about the issue of yucky things building up in sleep sets. Maas, who works with Paramount Sleep, agreed with me that the weight-doubling claim is unlikely to be true. And he also agreed that we need to study the mattress hygiene issue.

Perhaps the industry’s Better Sleep Council could fund a scientific study that would measure the build-up of dust mites, dust, bodily fluids and other things in mattresses over the years. There could be differences in the accumulation of those things in different types of sleep sets: Inner-springs, memory foam, latex and airbeds. It would be interesting to know that.

It’s important to note that beds wear out in two ways. The comfort life of a mattress wears out in perhaps eight to 10 years. But the hygienic life of a mattress probably runs out earlier than that, perhaps in five to seven years. I say “perhaps” because I’m making some educated guesses.

That would be valuable information to share with our consumers. Would we be grossing them out to talk about dust mite poop and dust flakes and sweat-stained fibers? Well, we would be educating them about what is in their mattresses, and how that bad stuff builds up over time. And we would be offering a solution to their yucky mattress: A new mattress.

Anything we can do to shorten the mattress replacement cycle will benefit the entire industry. Producers will sell more beds. So will retailers. And consumers will be sleeping on cleaner, more hygienic sleep sets. That will benefit them, too.

This is a win-win-win scenario.