How much sleep do you need?

Are you getting enough sleep? 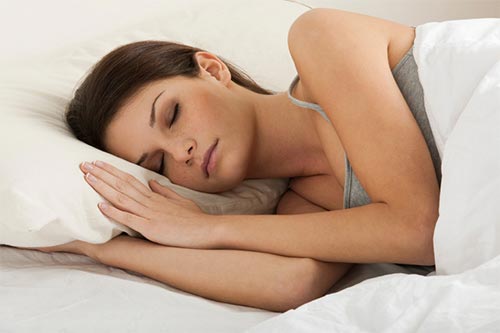 Not everyone gets a good night’s sleep and that can be a concern. Health risks can occur when people do not get enough sleep and the same applies when people sleep too much.

The Brigham and Women’s Hospital in Massachusetts produced research that recommended seven hours of sleep each night is the right amount. They also found that middle-aged women who sleep too much or too little could suffer memory loss as a result.

That research also showed that erratic sleeping patterns (ones that changed by more than two hours a day) resulted in people having faulty memories later in life when compared to people who maintained regular sleeping patterns.

"Given the importance of preserving memory into later life, it is critical to identify modifiable factors, such as sleeping habits that may help achieve this goal,” said study co-author Elizabeth Devore. “Our findings suggest that getting an average amount of sleep, seven hours per day, may help maintain memory in later life and clinical interventions based on sleep therapy should be examined for the prevention of cognitive impairment.”

The study examined prior sleep patterns and memory skills of 15,260 female nurses, who were 70 years of age or older as part of the long-running Nurses' Health Study. The results compared women who'd gotten the recommended seven hours of sleep a night to those who had slept less than five hours or more than nine hours. The latter two groups demonstrated weaker memory skills and that equated to aging at least two more cognitive years.

The study was published in findings were presented in the Journal of the American Geriatrics Society and the research was also presented at the 2012 Alzheimer's Association International Conference.

The National Sleep Foundation recommends the following hours of sleep:

According to Dr. Natalie Dautovich, “A good night’s sleep plays an important role in giving the brain a daily tune-up, flushing away the day’s waste during the night so you wake up refreshed. New findings in sleep science underline the fact that sleep is the cornerstone of a healthy lifestyle.”

So what does this all mean?

It means you should consider investing in products that help you get a comfortable night of sleep every night. Luxury bedding can be that investment as you are not just spending money on bedding, but you are also investing in your well-being.

Fine Italian bed sheets, some super comfy down or feather pillows, combined with a soft mattress pad and a cozy down comforter could create an extraordinary sleep experience.

Vero Linens has everything you need for a wondrous night of sleep. Browse through our vast array of luxury linens, luxury duvet covers and the best sleeping pillows available anywhere in the world. Let Vero Linens guide you to a future filled with refreshing nights of sleep.

Use code - bedding tips - at check out and get 5% off your entire purchase.