Bedding Tips for the Summer

After a day out in the sweltering heat, what feels nicer than hopping into a freshly made cool and crisp bed? Well, we think this experience is pretty hard to top. 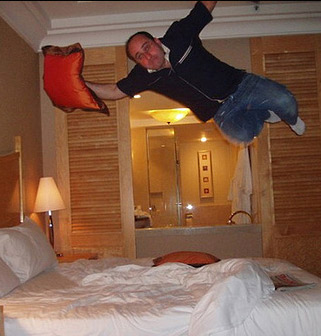 As warmer months approach, many find their bedrooms get hot at night. While there are few options when it comes to the top of the bed. A down comforter and duvet cover are one of the most popular bed covers. In the summer, we do find that some find the comforter that they used in the winter to be too warm, especially in older homes and those bedrooms located on a second floor.

Many homes in the US are air-conditioned, so the temperature in these homes may not vary a lot from season to season. In most air-conditioned homes, there may be very little fluctuation in temperatures from summer to winter months. But if you find that your room is warmer than you prefer, here are some tips to lighten up the bed and cool it down a bit.

Another tip that likely doesn’t have too much impact on the heat of the bed is to change up some of the colors on your bed and in your bedroom. Many opt to use jewel tone accents in the fall and winter months. If this is true with your bedroom, consider swapping some of the accents in your room to pastel colors. By doing this you will find the room takes on a lighter and fresher look.

Vero Linens can enhance your sleep experience throughout every season of the year. Visit our online showroom to view our luxury Italian bedsheets, and the different warmth levels of goose down comforters. In addition, we offer luxurious down sleeping pillows and other luxury bedding products.

What is the coolest fabric for bed sheets?

Natural fibers are superior fabrics for bedding as they typically breathe or wick moisture more so than synthetic fabrics.

What is the best quilt or comforter for summer?

While many homes in the US are air conditioned, bedrooms can still become warmer than they might be during the cooler months. This may be especially true when a bedroom is on the second floor, or the home is older and not as adequately insulated as a newer home.

Some use a down comforter year-round, but they may have two comforters that have different levels of warmth (a lighter one for the summer months and a warmer one for the winter).

Shop for the best baffle box down comforters here.

View our "bedding tips for the summer" article/video here.

Are quilts better for summer?

Perhaps, some people use a down comforter year-round because it provides a light cover that is unconstrained and very comfortable to sleep under.

Can you use a duvet in summer?

What is a duvet insert?

A duvet is the item that is inserted inside a duvet cover (which is used to protect and keep the duvet cleaner).

What do you put inside a duvet cover in the summer?

Is your duvet too hot in the summer?

Some may find a duvet AKA a down comforter, too warm for summer months or warmer climates.